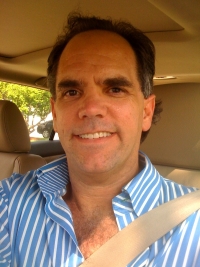 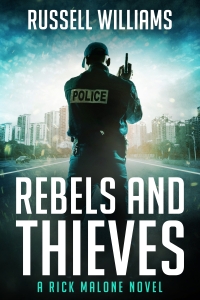 Black Capital Investments is on the brink of financial collapse. Instead of filing for bankruptcy, the hedge fund manager turns to the Russian Mafia for help. Driven by greed and a lust for power, they devise an illegal plan to turn the debt-ridden company into a financial empire.

Detective Rick Malone is determined to bring down the corrupt hedge fund. During the course of his investigation, he discovers their sinister plan to make a fortune in the stock market, one that involves committing fraud, theft, and mass murder. With dangerous forces closing in, he vows to bring these criminals to justice, no matter the consequences.

Rebels And Thieves is the first book in the Rick Malone crime thriller series and can be read as a standalone. If you like tough guy heroes, fast-paced action, and deadly confrontations, then you'll love Russell Williams' dark, gritty tale.

"Rebels and thieves will keep you up … reading through the night.”